The Hutsul region (Wierchowina) – a region in the Eastern Carpathians, in the basin of the upper Prut and Czeremoszes (White and Black), inhabited by the Hutsul highlander tribe (one of the three, next to Boykos and Lemkos, most important Ruthenian ethnic groups in former Galicia). First, it owed its fame to an outlaw Oleksa Dovbush, later to the heroes of Józef Korzeniowski’s drama Karpaccy górale (Carpathian Highlanders)  (hence the song A red belt, and a weapon in the belt …). Owing to the paintings by Teodor Axentowicz, Fryderyk Pautsch and Franciszek Sichulski, the exotic nature of the Hutsuls preserving the oldest traditions of pastoral culture, the inaccessibility of the mountain forest, and the power of the Chornohora massif (the highest peaks: Hoverla, Brebeneskul and Pip Ivan), it has become an inherent part of cultural memory. 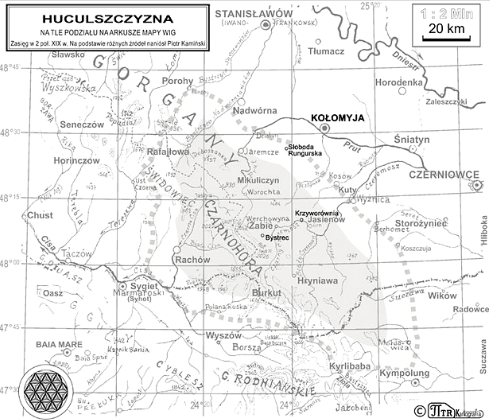 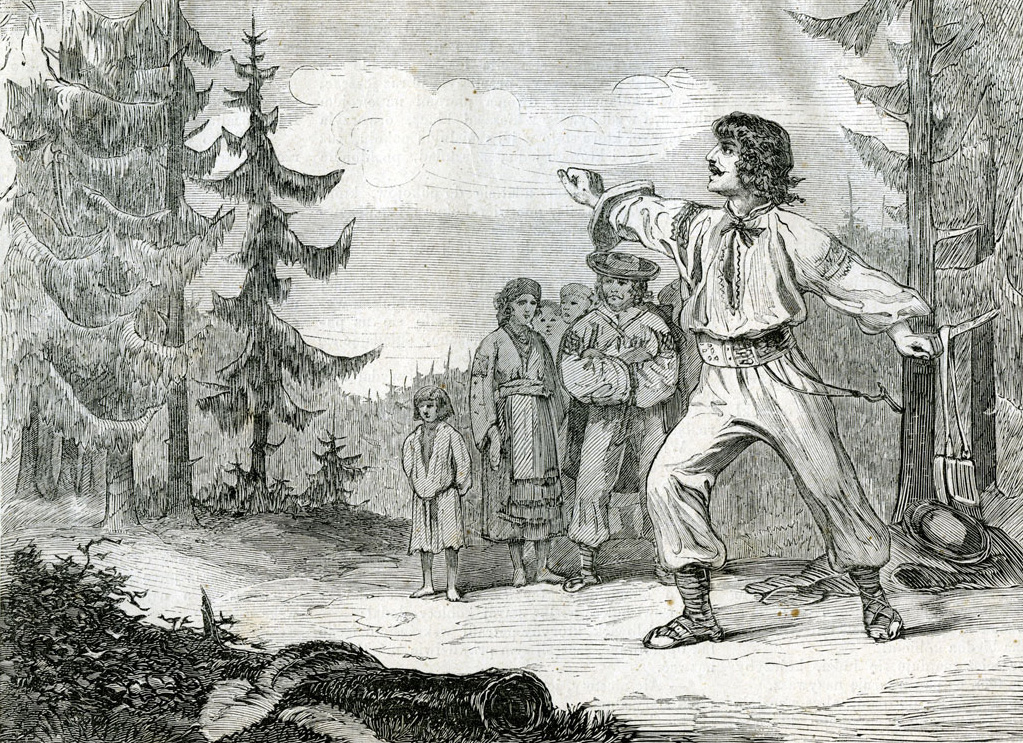 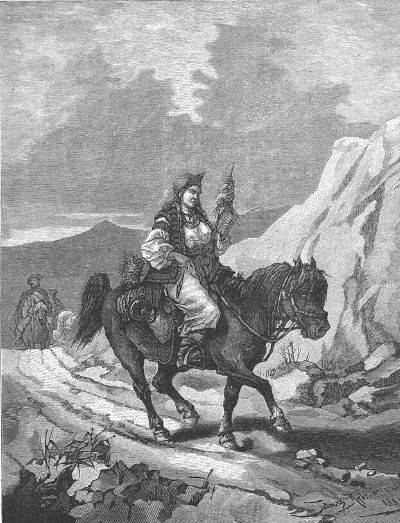 A drawing based on a painting by T. Rybkowski, 1881, “Tygodnik Ilustrowany” 1883, the collection of PME 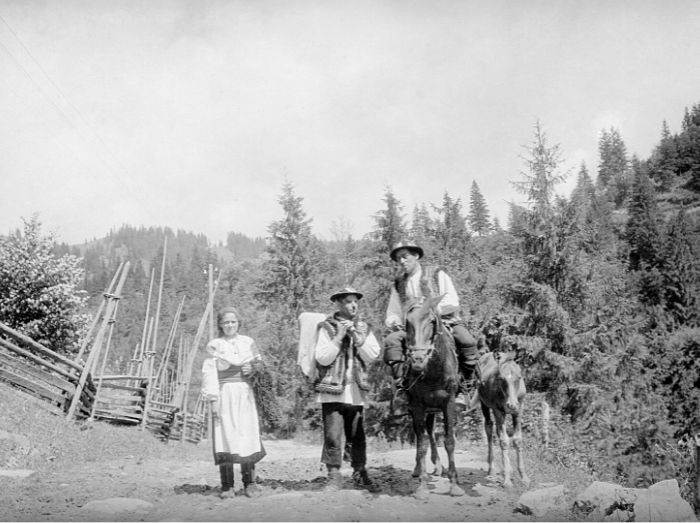