The place of my happy childhood was in Krzyworownia. This Hutsul village in the Kosow district was located at 560 m above sea level. At the beginning of the 1880s, 1,833 inhabitants were counted in the commune, and 17 souls in the manor house area. At that time, there was already a Greek Catholic church in the middle of the village with a chram (parish fair) on the day of the Nativity of the Blessed Virgin Mary, i.e. on September 21. “We are in the very heart of the Hutsul region, amid a beautiful, idyllic mountain world,” wrote Henryk Gasiorowski. In the 1930s, the village had 1,650 inhabitants and about 400 huts and houses, not only clustered in the valley of both fast-flowing streams, but also scattered high on the slopes. Here, above the burbling Black Czeremosz, the Przybylowskis’ manor house suddenly emerged from the river mists, “a haven of peace, friendship and happiness”. The house was wooden, erected on a high foundation, with a porch that occupied the full width of the front, and a roofed wooden gallery connecting the manor house with the kitchen building, hidden in a vast orchard. It was arranged in such a way as to facilitate everyday life and, in particular, to stimulate conversations. In 1915, the manor house burned down. Many years later, tourists heading for Kopilasz ridge in the forks of the Waratyn and Czeremosz rivers passed the walls of a burnt manor’s junk shed. Apart from the site of fire, there were also larches planted by the heir, household trees. 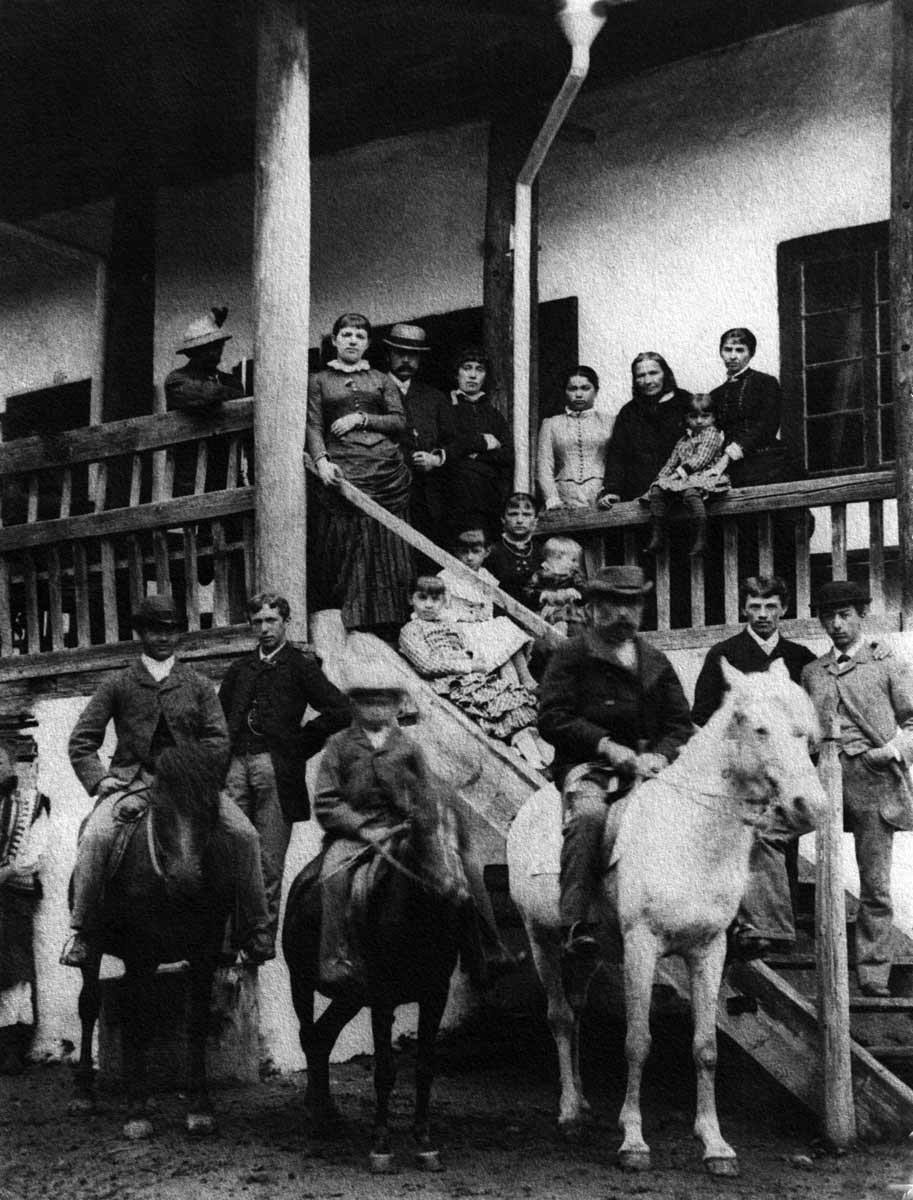 “With the death of my grandfather at the end of 1905, and for the second time twelve years later, after the old house had burned down at the end of World War I, the world really ended for me. And then maybe two more times. And that’s good, because this is why something ends, so that it could begin again”.

Stanisław Vincenz, Koniec świata [The End of the World], 1959

“The Przybylowski brothers, Wladysław and Stanislaw, allegedly had 50 illegitimate children – Hutsuls (“Perebylowczuki”). At the wedding of Kazimierz Dobrucki and Halszka Machowska in Deliatyn, Stanislaw Przybylowski brought two carts full of Hutsul kinfolk who were to defend the young couple against Halszka’s disappointed suitors. He had travelled to Kolomyja to Sperber’s inn with the entire retinue of kinfolk and his beloved, at the time, Maryjka (beautiful)”. 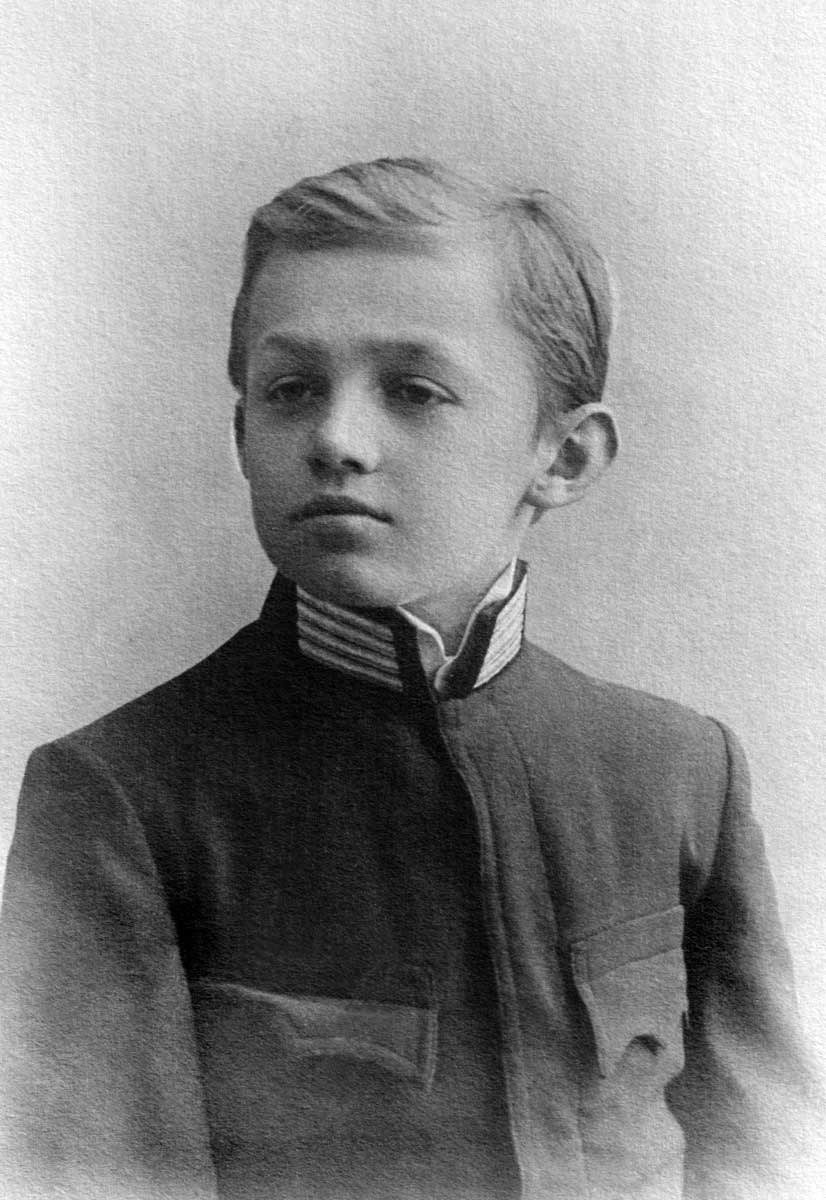 “The memory of the beginning of my boyhood in the mountain country remained with me as an image of a ride I had when my uncle Stasio, my mother’s brother, drove me with his wonderful, peculiar four-in-hand from the Czeremosz to Kołomyja, to the secondary school, where I was about to take the entrance exam. The distance was long, usually you rode relays of horses, stopping and changing in Kosów. Uncle Stasio, not caring about risky roads, drove me to school in little more than two hours.

He pulled up in front of the porch with the four-in-hand made up of black and snow-grey horses harnessed to the golden chariot of the Viennese phaeton. I jumped in, because the horses were getting impatient. When my uncle cracked the whip, they leapt into the air as if they were winged. I was breathless with admiration. But also with fear. Ah, how scared I was!

While driving, uncle Stasio did not stop the horses, but cracked the whip over their heads, and when the carriage caught somewhere on a ditch or a ravine over the Bukowiec gorge, the horses pulled it out in a flash and rushed madly up or down.

It was the start from my childhood into the future for me. Until now, I trust that the rush of the devilish black and snow-grey four-in-hand has elevated me so much that the old age still has some difficulties to catch up with me”.

Stanislaw Vincenz, Start w przyszlosc [The Start into the Future], 1962 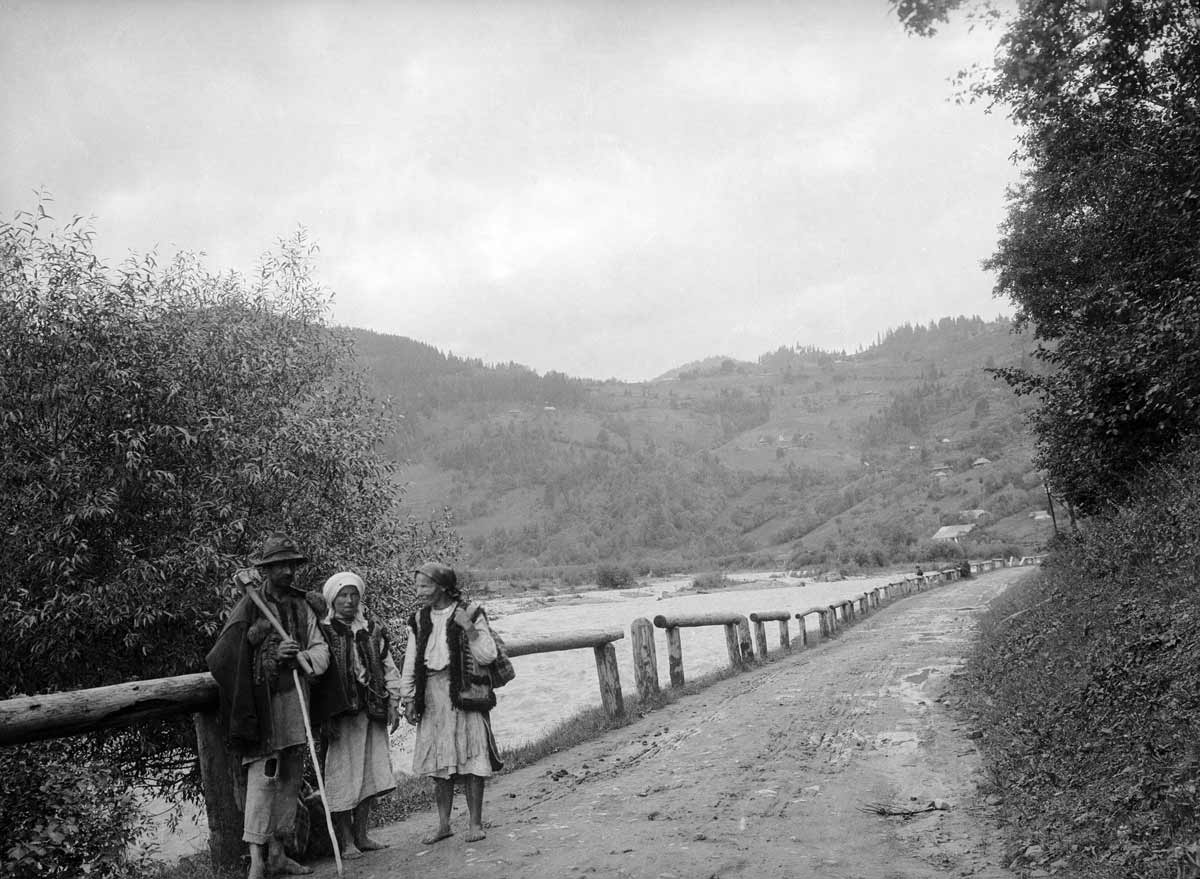 “These mountains absorb all little human things and people into themselves. And not space, but the form and the expanse of their beauty is the first step to eternity.

Continue on this path! They are the beginning of what is beyond the space and what is beyond the time. Wierchowina  — not yesterday, not present, not tomorrow. We are so tiny, hidden in these mountains, it doesn’t matter what we do, but the intuitions they evoke probably respond to or are related to their eternal expression. 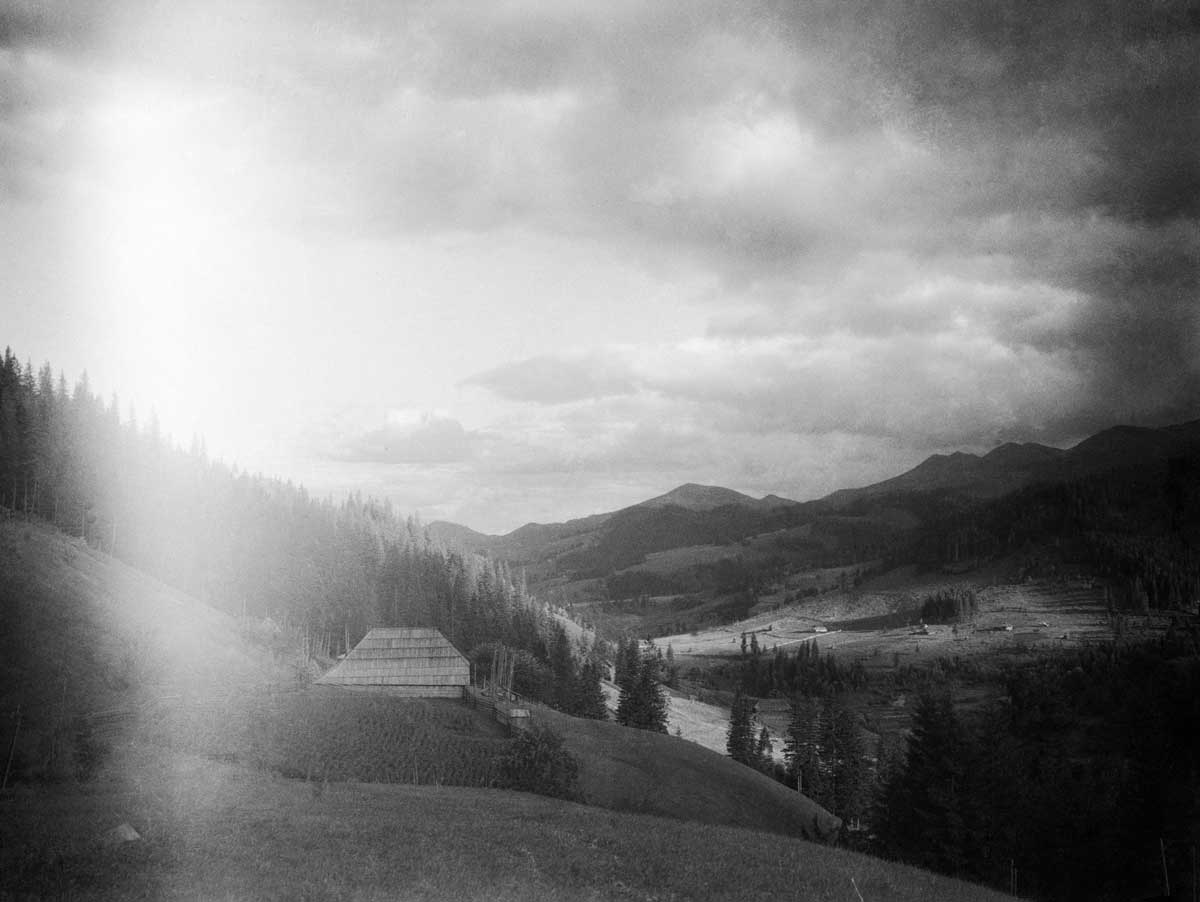